Information about the conference, Fees, Venue

HOW TO GET TO SLAVYANSKA BESEDA HOTEL FROM THE AIRPORT?

1. Hop on the Metro at Sofia Airport. Before entering the Metrostation (just attached to the Airport, Terminal 2) you will have to purchase a ticket from the vending machine or the ticket booth for 1.60 lv. 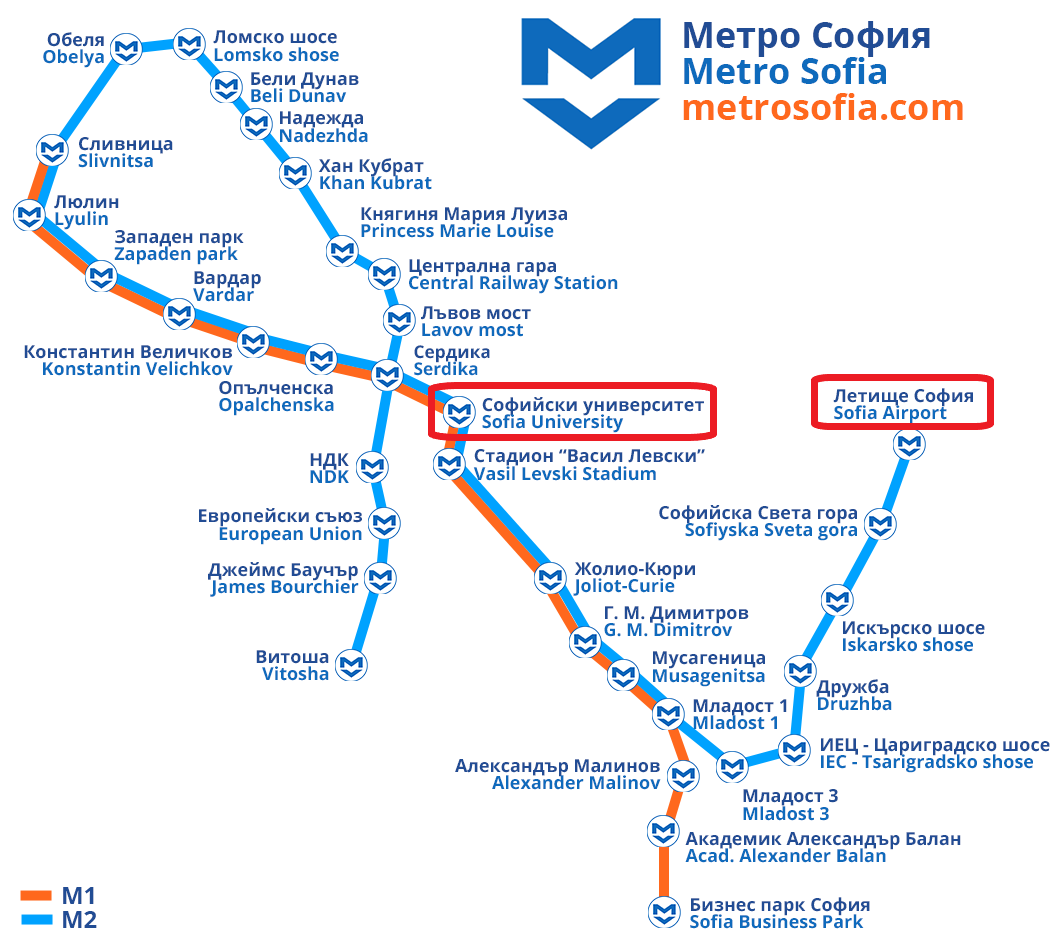 3. Get out of the underpass using the stairs straight ahead. After that, just like in the film "The Wizard of Oz" remember to "follow the yellow brick road", or Tsar Osvoboditel Boulevard. It is optional, but you can sing the song and twirl around in your ruby red shoes.

4. As you walk, on the right is the Bulgarian National Assembly Building. Take a picture of the beautiful Monument to Tsar Osvoboditel you will see to your left.

5. Take a shortcut, crossing the Crystal Garden diagonally. When you leave the yellow brick road, there is no wizard, but in the middle of the park you can stop to wonder at the split-head Monument of Stefan Stambolov (1854-1895), Bulgarian politician, journalist, revolutionist, and poet who served as 9th Prime Minister and regent, assassinated nearby by an ax to the head.

6. Follow Rakovski Street for one block, and the hotel entrance is around the corner.

HOW TO GET TO THE HOTEL FROM THE AIRPORT BY BUS?

1. From the Airport take bus number 84 or 184. Make sure to buy a ticket, costing 1.60 lv., from a ticket booth or the bus driver. Then right away validate your ticket in the bus at the validator machine, which punches several holes in your ticket.

2. Get off the bus at its last stop in downtown Sofia. Walk North for 5 min, crossing the park, to Sofia University. When at the underpass follow from point 3. above.

And yes, you can follow either 'Yosif Gourko' Street or Slavyanska Street straight to the hotel, but you will miss on the sightseeing.

HOW TO GET TO THE HOTEL FROM THE AIRPORT BY TAXI?

There is no UBER in Bulgaria, you have to take a taxi. When you exit the restricted area at the Airport make sure to follow the correct line painted on the floor, which will take you to the taxi stand. DO NOT take a taxi or engage in conversation with "official" looking drivers that might offer you a taxi ride in the Airport waiting area. Taking one of those will probably cost you more. Take a taxi ONLY at the official taxi stand. The fare to the hotel, or downtown, should be no more than about 12 lv. at daytime or 15 lv. at nighttime.

Sofia is a largely modern beautiful city. It is located in western Bulgaria, at the foot of Mount Vitosha, and is the administrative, cultural, economic, and educational center of the country.

The city is one of the oldest in Europe and has a rich history and traditions. It has beautiful old buildings and stunning churches. The city is interesting mixture of old and new. It is a place where the East meets the West. In the summer you will enjoy the city's numerous parks, and the people who fill them. It is very pleasant to walk Sofia's leafy streets, or to watch others do so, as you sit relaxing in a street cafe.

The slogan of the city is "Sofia grows, but does not age". The symbol of Sofia is the statue of St. Sofia.

Sofia is one of the oldest cities in Europe. The well preserved town walls date back before the 7th century BC, when Thracians established their city next to the mineral spring, still functioning today. Sofia has had several names in the different periods of its existence Serdica-Sredets-Sofia, and its remnants can be seen today in the Archaeological complex "Ancient Serdica", which is one of the largest open-air museums on the Balkans.

In Sofia you can cross the bridge of time in the heart of the city! It is amazing how the historical and modern Sofia are intertwined. Just above the ancient Serdica you can see the buildings of the Council and the Presidency of the Republic of Bulgaria. They are part of the Largo architectural complex.

Rotunda of St. George. In the heart of the Presidency you can see the oldest church in Sofia which was built in 4th century A.D. by the Romans. The church is known for its collection of old frescoes. Three layers of these frescoes adorn the walls, dating between the 10th- and 14th-centuries. The rotunda is now a museum, located behind the Balkan hotel in downtown Sofia. The remains surrounding the building are from the ancient Roman city of Serdica.

Alexander Nevsky Cathedral. One of the widely recognized symbols of Sofia is the Cathedral called St. Alexander Nevsky. The cathedral standing on the highest place in Sofia is the spiritual center of Bulgaria. The cathedral is the biggest operating church on the Balkans. Completed in 1912, St. Alexander Nevsky Patriarchal Cathedral Stauropigial Memorial-Church is an impressive landmark. The church was built as a memorial to the 200,000 Russian soldiers who died in the Russo-Turkish Liberation War (1877-1878). It is one of the largest Orthodox cathedrals in the world. The gold-plated dome stands 45 meters high and the cathedral has 12 bells weighing a total of 23 tons. Inside the cathedral is a museum displaying one of the largest collections of religious icons in Europe. Next to it is the St. Sofia Basilica. In the church under-floor space was opened the underground museum of the capital.

The city has many beautiful old buildings and is a fascinating juxtaposition of historic places, glum communist architecture, and modern buildings. 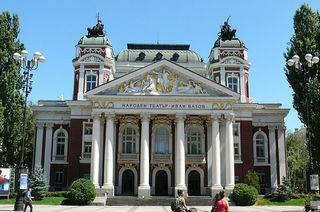 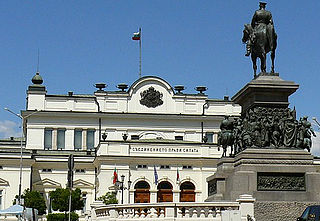 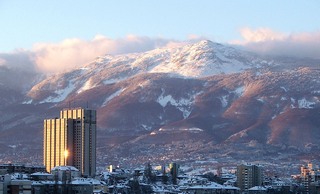 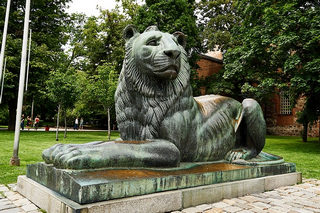 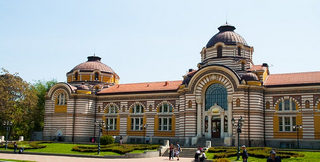 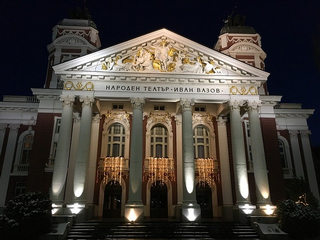 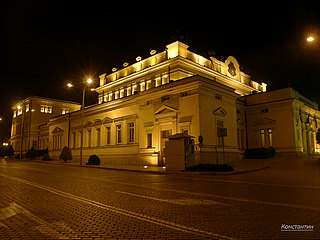 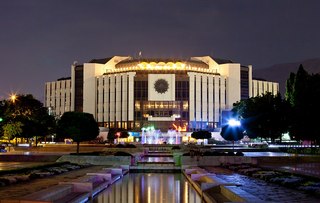 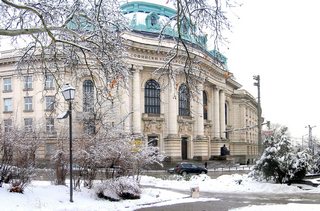 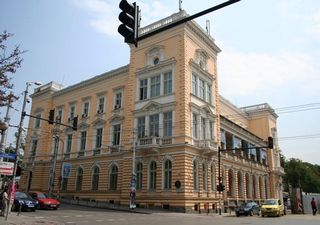 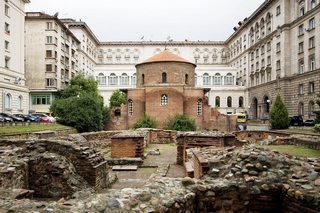 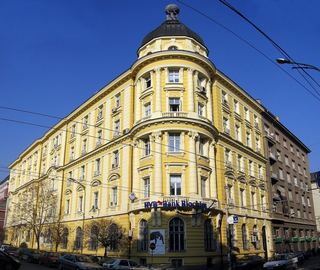 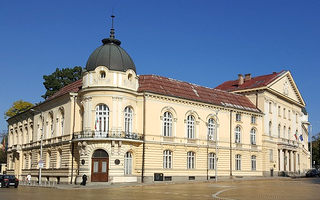 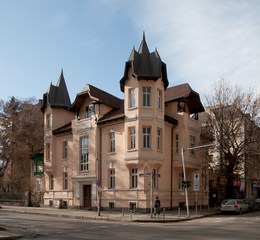 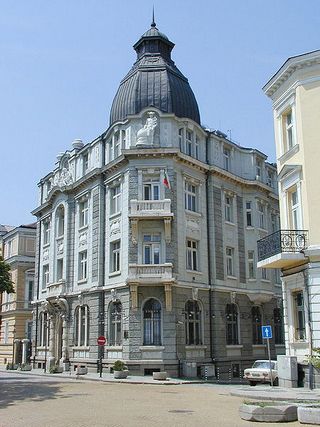 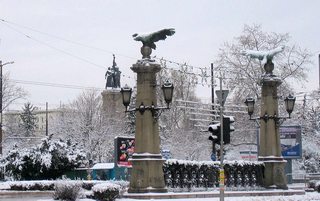 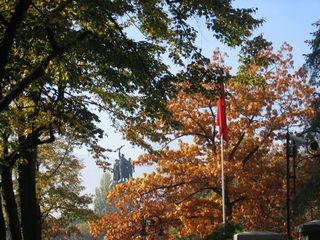